Guild Masters train other workers in their professions, generating knowledge used to upgrade workplaces. Guilds also have their own markets, levy collectors and storage.

The Hall serves as Guild headquarters, and employs up to four Guild Masters, who can only be drawn from workers who have reached Level 6 in their profession. For example, for the Stoneworkers Guild, only a Stonemason that has reached Level 6 can be assigned as a Master Stonemason for the Guild.

Guild Masters visit the workplaces of their guild and train less experienced workers in their profession. Through training, Masters accumulate Knowledge, which can be used to upgrade workplaces. This Knowledge system is the same as that used in the Monastic Life mod. Guild Masters cannot visit a single workplace more than every two weeks.

Having a Guild Hall increases production by ten percent for all workplaces that belong to the guild, even if you don't have guild masters.

Each guild can only have one hall, so try to place the hall close to the guild's workplaces, so that the masters can train as many workers as possible. 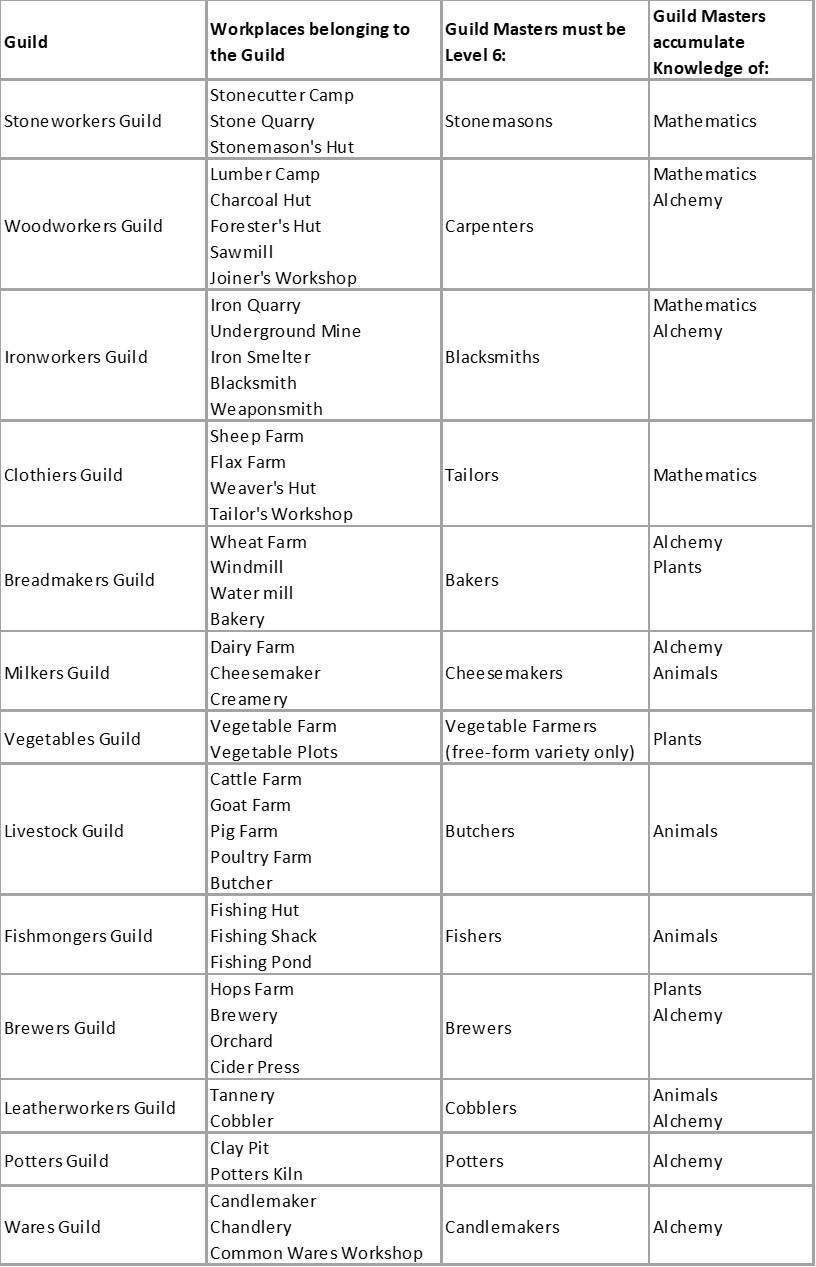 You will notice new Upgrade parts in many workplaces. When built, these parts double workplace production or create a secondary output. Upgrade parts cost Knowledge.

The optional balcony employs Guild Levy Collectors. They visit workplaces of the Guild and collect up to 20 gold every two weeks from each workplace.

The optional extension attaches to the side of the Hall and serves as a combination Granary and Warehouse.

The optional covered market attaches to the side of the hall, and serves as a place to have market stalls. You can place market stalls from within the same Guild monument, or from the normal Market monument.

Login
Not a member? Register now!
Register with: or register with your emailaddress Already a member
recently thanked
Colony Notflat
1 said thanks
Livestock Farms